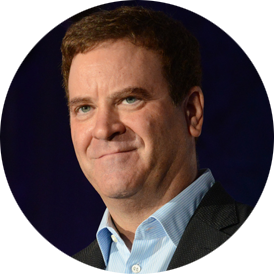 Todd Wagner is founder of Charity Network, a company that harnesses the power of celebrity, technology and media to raise awareness and funds for causes around the world. With a mission to help transition fundraising from analog to digital, Charity Network has raised more than $550 million to date through its digital platforms: Charitybuzz, a leading ecommerce marketplace, and Prizeo, an online sweepstakes-for-good platform.

In both business and philanthropy, the transition from analog to digital has been a long-time theme of Wagner’s career. In 1995 he introduced streaming media to the world when he launched Broadcast.com with business partner Mark Cuban. Wagner served as CEO and later sold the company to Yahoo! for $5.7 billion.

He then co-founded Wagner/Cuban Companies, a vertically integrated portfolio of companies spanning content creation, distribution and exhibition through 2929 Entertainment, 2929 Productions, Magnolia Pictures, Landmark Theatres and AXS TV. As CEO of 2929 Entertainment, Wagner pioneered the practice of releasing films simultaneously in theaters, on digital platforms and DVD. Wagner/Cuban eventually sold Landmark Theatres and AXS TV, but Wagner continues to feed his passion for bringing compelling stories to life through 2929 Productions and Magnolia Pictures.

Wagner has also committed millions of dollars and his own time and energy to helping improve the lives of at-risk children through the Todd Wagner Foundation. 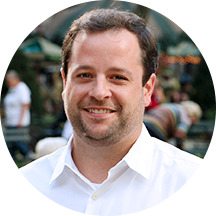 Ben is the CEO of Charitybuzz – the leading impact marketplace – and its parent company Charity Network. Charity Network also includes sweepstakes-for-good platform Prizeo, which works alongside Charitybuzz to maximize fundraising strategies for nonprofits, celebrities and brands.

One of the first Charitybuzz employees, Erwin has fostered the company’s growth from a small startup nearly 15 years ago, to joining Charity Network, helping to raise $550M for cause to date. Now leading both Charitybuzz and Charity Network, Erwin leverages his extensive industry knowledge and network to create and grow a powerful ecommerce marketplace that brings people unmatched access in order to unlock new funds for cause.

Erwin is a member of YPO, and has contributed to and been featured in various media outlets, including Entrepreneur.com, Thrive Global, CNBC, Barron’s Penta, Golf Channel, Dallas Morning News and CheddarTV.

He supports a variety of causes and organizations, and is the founder of RFK Young Leaders – a program of Robert F. Kennedy Human Rights that is dedicated to empowering human rights defenders and motivating a diverse community to take action for social justice.

Erwin holds a BA in Political Science from The George Washington University. 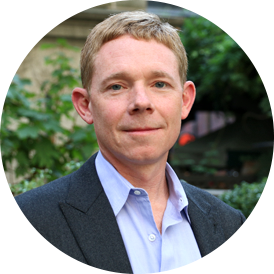 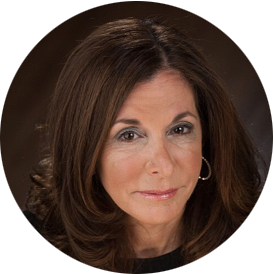 Jan joined Charity Network in 2016 as Chief Marketing Officer after 17 years as the Director of Marketing and Business Development for the Broadway League and the Tony Awards where she built the brands for Broadway and the Tonys. In Jan’s current role as Chief Creative Officer, she works on unique business development opportunities, strategic relationships and innovative ideation for celebrities, charities and brands. Jan has worked closely with Lin-Manuel Miranda and his fundraising efforts on the Charitybuzz and Prizeo platforms. Jan has also worked as an executive producer of various televised specials and has an Emmy nomination. Jan was a Vice President at Ogilvy Advertising where she managed several multinational clients. She holds a Bachelor of Arts in Sociology from San Diego State University and an MBA from the American Graduate School of International Management at Arizona State University. She serves on the boards of several causes that are near and dear to her heart.

Nichol is the Sr. VP of Strategic Partnerships, focusing on crafting unique, large-scale partnerships with brands, corporations, talent, and nonprofits to fit each partner’s individual needs. She previously served as our VP of Business Development before focusing on cross platform partnerships. Prior to joining the Charitybuzz team, Nichol was the Vice President of Artist Development at Sony Music where she was responsible for identifying, developing, and monetizing the touring aspect of artists signed to the Columbia and Epic Records rosters. She holds an undergraduate degree from UCLA.

Dwayne is the SVP of Customer Operations, heading the Customer Concierge, Redemption Specialists, Shipping and Quality Control teams. Dwayne’s focus is to deliver improvements to the bidding, buying and redemption process resulting in a seamless customer experience. Prior to joining Charitybuzz, Dwayne managed the national customer service team for the luxury spa brand Bliss and managed operations as the Customer Service/Quality Control Manager for Pitney Bowes International Mail Services.

Rich is the SVP of Technology and is responsible for technology strategy, platform development, data protection, and all internal/external infrastructure for Charitybuzz and Prizeo. He was previously a senior fullstack engineer and dev op for three years, and led the development of projects like the website redesign in 2013 and creation of the site’s API and iOS apps. Prior to Charitybuzz, Rich helped create Measy.com, which was awarded a Webby and listed in PC Magazine’s Top Ten Websites of 2010. Rich holds a bachelor’s degree from The New School.

Ramona leads Charitybuzz Access, the private sales arm of the company, offering members unique experiences and access, unparalleled adventures, and rare items unavailable publicly. Prior to joining Charitybuzz, Ramona was VP of Global Marketing and Communications for Elie Tahari, and led teams at the Walt Disney Company and Tommy Hilfiger USA Inc. Ramona also founded Sky9, a marketing and public relations consultancy whose clients included Conde Nast, Ford, and News Corporation. Ramona lives in NYC with her husband and twins. She is passionate about advancing social good through her work and through the creation of meaningful volunteering opportunities for families. Ramona holds a degree from the London School of Economics and University College London.

Michael Browne is the Vice President of Prizeo, the sweepstakes and live events arm of Charitybuzz. Michael’s focus is on the product and growth strategies behind a fully-customizable suite of solutions that allows artists and entertainers to create cause-focused engagement with their fans. Michael has spent his career building innovative customer experiences, developing omni-channel marketing strategies, and coaching diverse client-facing teams. Prior to Prizeo, Michael led customer strategy for a popular e-commerce marketplace, and a health-tech startup committed to simplifying the complex health insurance marketplace. Michael studied Politics-Philosophy-Economics at Claremont McKenna College.

Slava is the Controller across Charity Network, responsible for all day-to-day finance operations, including accounting, treasury services, budgeting / forecasting, cash management, and reporting. Prior to joining the organization, Slava spent 8 years working in the auction industry, holding senior finance positions with both of the world's largest auction houses, Christies and Sotheby's. Slava graduated with honors in Finance and Management at the University at Albany, SUNY, holds an M.B.A. from Fordham University's Gabelli School of Business, and is a Certified Public Accountant in the state of NY.

Ian is Vice President of Product Management at The Charity Network where has worked since 2012. Ian is a multi-award winning nonfiction television and film producer, and bestselling author. Additionally, Ian was Executive Director/founder at Glassbooth - a nonprofit focused on civic education. Glassbooth was named “Best Political Website” by CNET and Huffington Post. Ian is also founder/former president of the RFK Young Leaders, a program of Robert F. Kennedy Human Rights. Ian holds an undergraduate degree from Tulane University.

Nicole is the VP of Campaign Development, responsible for the growth and cultivation of Charitybuzz’s largest partnerships and key campaigns. Since joining the company in 2010, Nicole has helped Charitybuzz grow into the industry-leading platform it is today. Prior to Charitybuzz, Nicole worked on the NBC Sports and Olympics Digital team, where she supported production and logistics for in-studio and on location productions during the 2006 Torino, 2008 Beijing and 2010 Vancouver Olympic Games. She holds a B.A. in New Media and English from Fairfield University, where she remains an active member of the alumni community.

Janai is the VP of Operations, implementing new business initiatives and helping drive organizational optimization across Charity Network. She joined the company in 2017 originally to manage communications and PR. Previously, Janai was part of the startup team that launched ethically sourced, sustainably packaged JUST Water. She also managed strategies and campaign implementation for clients including Gucci and United Way LA while at a philanthropic consulting firm. Janai holds a M.A. in Strategic Public Relations from University of Southern California, and received her undergraduate degree from Washington State University.

Riley is the Director of Business Development, and is focused on expanding Charitybuzz’s traditional business model, while spearheading innovative strategies for scalable and sustainable growth. Prior to joining Charitybuzz in 2016, Riley was Managing Director at Berger Hirschberg Strategies in New York. There he designed and implemented development strategies for major gubernatorial, senatorial, and PAC campaigns. Riley is a graduate of Indiana University, where he studied Political Science.

Akshay is the Director of Engineering, helping to shape our technology operations, including the managing and modernization of our infrastructure, and team management. His data-driven decision-making approach carries through to every department of Charitybuzz. Akshay has led the largest engineering upgrades to the business, like our bidding rewrite in 2019, iterations on recommendations with NLP and Entity Analysis, and managed major projects like migrating payment processing, hosting and search vendors. Before joining Charitybuzz, Akshay was part of AT&T Labs and holds a MS in Computer Science from NJIT.

Emily is the Director of Accounts and is focused on overall auction strategy, client growth and new opportunities. With a focal point on client development, Emily supports the Accounts team to maximize fundraising goals. Emily has been on the Charitybuzz team for 7 years, and has played a key role in the company’s expansion, including themed campaigns and the high level of service provided to non-profit partners. Emily is a graduate of Indiana University

Veronica is the Director of Customer Service, and manages the Customer Concierge and Redemption Specialists teams. Veronica is focused on setting the overall vision for the Customer Service department, leading to an improved customer experience, and driving growth and retention. Previously working as a customer concierge, operations lead, and manager of the team, Veronica has been dedicated to improving the customer experience at every level. She is a graduate of the City College of New York, where she studied Political Science.