Watching? Bid Now, Get $!
Bid before this lot closes and we'll give you $
EXPIRES:
Lot Close

Your bid supports: The Wishwall Foundation 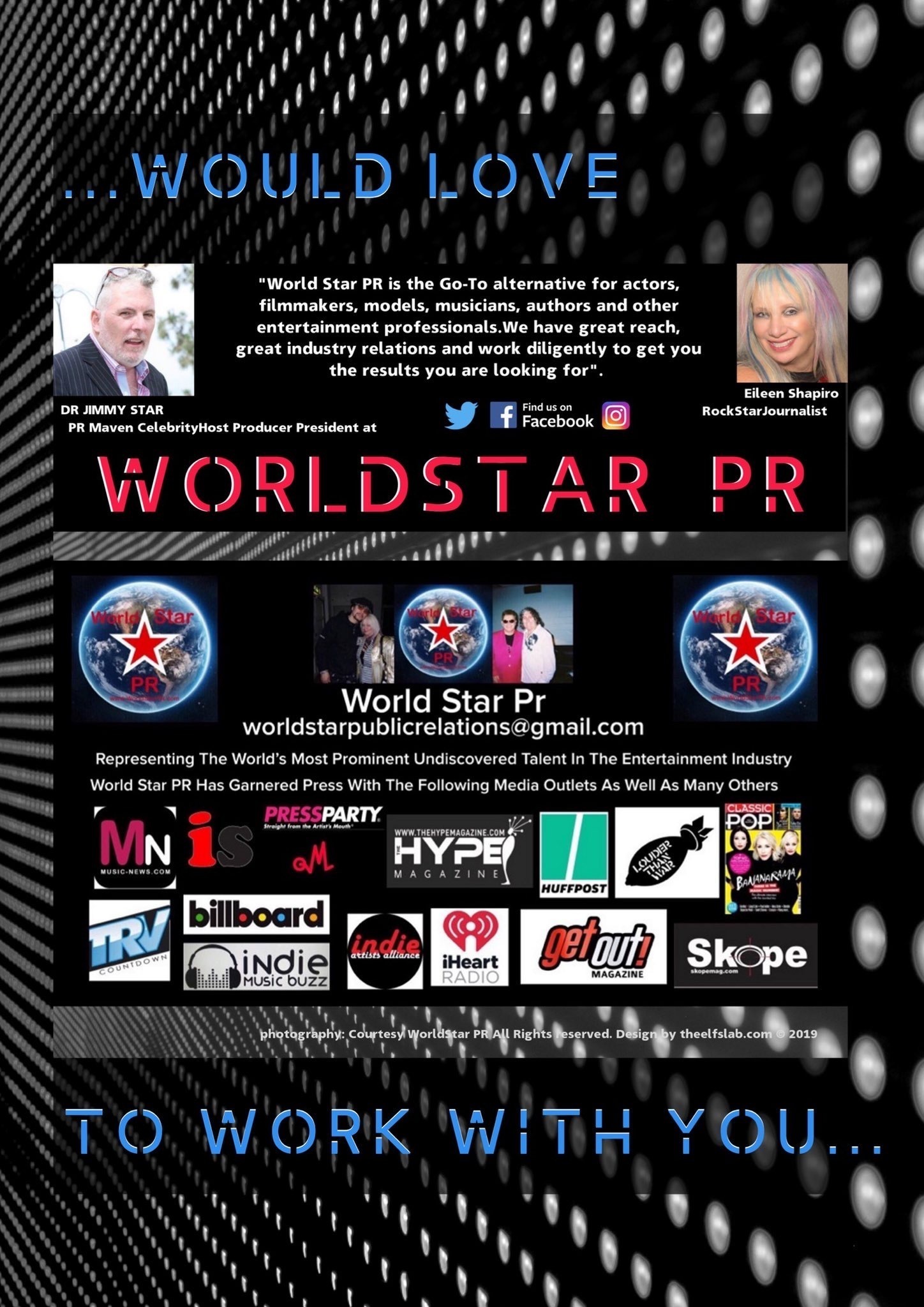 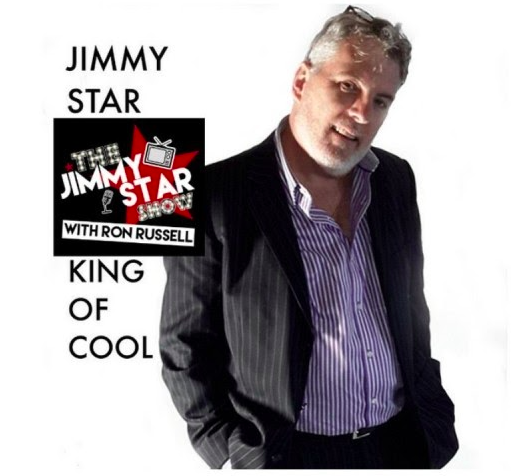 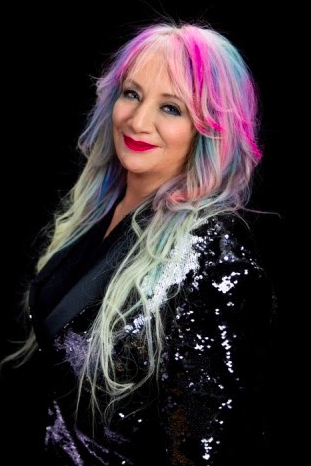 Work with Celebrity Publicists, Jimmy Star and Eileen Shapiro, from World Star PR, on a 30-day campaign (via email) to promote you, your company, your business, your book, your film, etc.! World Star PR was named the best entertainment publicists in the U.S.!

Your 30-Day campaign will include:

The following Conditions of Sale and Terms of Guarantee, as amended by any posted notices or announcements during the auction and in addition to the Term of Use for Charitybuzz.com, are Charitybuzz, LLC and the Seller’s entire agreement with the purchaser and any bidders relative to the property listed in this lot.

The Conditions of Sale, Terms of Guarantee, the glossary, if any, and all other contents of this lot are subject to amendment by us by the posting of such amendments on the Charitybuzz website (www.charitybuzz.com). The property will be offered by us as agent for the Seller, unless the lot indicates otherwise.

All auction bidders and buy now purchasers understand that these Conditions of Sale set the terms and conditions upon which this lot is offered. Your participation through bidding, purchase and/or registration constitutes acknowledgement and agreement to be contractually bound by these terms and conditions, including agreement to pay the buyer’s premium, and all other fees and charges listed herein.

Charitybuzz reserves the right to change these calculations at any time.

Prospective bidders should inspect the lot page for an item before bidding to determine its condition, size, and whether or not it has been repaired or restored. If that information is not available on the site, prospective bidders assume the responsibility of contacting Charitybuzz to inquire for additional details.

Each Bidder’s decision to bid and determination of their bid amount should be based upon their own examination of the item(s) in question. In any purchase or sale, the estimated value of the item(s) is reflected by the price. The bidder hereby assumes all risks of valuation concerning any and all purchases.

We reserve the right to withdraw any lot before, during and after the sale and shall have no liability whatsoever for such a withdrawal.

All items are sold AS IS, WHERE IS with all faults without any representations or warranties by us or the Seller as to merchantability, fitness for a particular purpose, the correctness of the e-catalogue or other description of the physical condition, size, quality, rarity, important, medium, frame, provenance, exhibitions, literature, or historical relevance. No statement anywhere, whether oral or written, whether made in on Charitybuzz.com, an advertisement, a lot receipt, or elsewhere, shall be deemed such a warranty, representation or assumption of liability. We and the Seller make no representations and warranties, express or implied, as to whether the purchaser acquires any copyrights, including but not limited to, any reproduction rights in any property.

We and the Seller are not responsible for errors and omissions on Charitybuzz.com, glossary, or any supplemental material. Charitybuzz will not be responsible or liable for damage to frames and glass coverings, regardless of the cause. ALL SALES ARE FINAL.

To bid, find a lot page, enter a value in the bid box, and click “Bid.” If you click “Bid” on a lot, you will be prompted to either log in to your Charitybuzz account, or create a new one if you do not have one already.

You may bid at or above the starting bid displayed as the “Current Price” in a lot page’s bid box. The current leading bid, along with a list of a lot’s full bidding history, will be visible to other users. If the status of your bid changes, you will receive notifications via email and push (if you have the Charitybuzz App installed).

As soon you place and confirm your bid amount, your bid is submitted. You accept and agree that bids submitted by you are final. Charitybuzz is not responsible or liable for any problems, delays, or other issues resulting from the use of the Internet, including but not limited to transmission, execution, or processing of Bids.

Charitybuzz nor the Seller is responsible for any errors in bidding. A bidder should make certain to bid on the correct lot. The Bidder should make sure the bid price they enter (including any taxes or fees) is the price they are willing and able to pay. Once the hammer has fallen and Charitybuzz has announced the winning Bidder, that Bidder is unconditionally bound to pay for that lot, even if the Bidder has made an error.

Bids will not be accepted from minor persons under eighteen (18) years of age without a parent’s written consent containing an acknowledgement of the conditions herein and indicating their agreement to be bound thereby on behalf of the bidder.

If an entity places a bid, then the person executing the bid on behalf of the entity agrees to personally guarantee payment for any successful bid.

Any bidder that represents a purchaser is personally and individually responsible for any obligations of the purchaser set forth in these terms and conditions. All purchasers purchasing pursuant to a valid resale license will need to provide appropriate documentation for removal of state sales tax.

By accepting the Conditions of Sale, Bidder personally and unconditionally guarantees payment.

Title to any lot remains with the Seller, any secured party of the Seller, or assignee of Seller, as the case may be, until the lot is paid for in full by the Bidder. Charitybuzz reserves the right to require payment in full before delivering any lot to the successful bidder.

The value and status of your maximum bid will be visible only to you, unless it is the leading bid.

Charitybuzz strongly encourages the use of Max Bids to increase your chances of winning.

When an auction reaches the final 10 minutes before it closes, any bids received in that final 10 minutes push out the previous close time by an additional 10 minutes. This recurring 10 minute extension is known as “Extended Bidding,” and is signified by a banner above the auction timer on the lot page.

This dynamically extending period is designed to protect against a practice commonly known as “sniping” or “last second bidding” where bidders attempt to enter a quick bid in the final seconds of an auction to secure a win before competing bidders have a chance to counter.

Live bids lots are a special type of auction lot on Charitybuzz. Live bid lots on Charitybuzz are paired with a real world, physical auction, where that real world auction is often scheduled to occur at a later date. You can distinguish Live Bid lots by the “Live Bid” label in the title of the lot, and additional description text at the start of the lots “Overview” tab.

In a Live Bid lot on Charitybuzz, a lot is created that is similar to any other auction lot on the site. These special lots last for similar amounts of time and bidding occurs normally by our users.

Things start to differ after a Charitybuzz Live Bid lot closes. After it closes and the winning bidder is chosen, that winning bidder’s bid amount or (if it exists) the max bid amount associated with that winning bid, are taken and entered into the associated real world auction. For example, if a bidder on Charitybuzz wins at $12,000 with an unrealized max bid of $15,000, then that $15,000 dollar amount is passed on into the real world auction.

In our experience, real world auctions tied to Charitybuzz Live Bid lots are typically executed by our partners in a few common ways.

Refunds are rewarded on a case by case basis and at the sole discretion of Charitybuzz, LLC.

Experiences auctioned on Charitybuzz.com go through a specific redemption process to coordinate details and complete. That process normally involves messaging and scheduling between all parties (i.e. winners, charities, sellers, venues). Details discussed include but are not limited to experience dates, arrival procedures, airfare, hotel accommodations, restrictions, will-call requirements, and any other on-site notes. Scheduling requires an initial request sent by the customer, and a followup confirmation submitted by relevant redemption contacts.

By using Charitybuzz to bid and win lots, bidders agree to use the Redemption Center exclusively (where enabled) to message and schedule all experiences – doing so is a requirement of redeeming experiences through Charitybuzz. In addition, bidders agree that they are bound by all site terms of use and auction conditions of sale.

This Lot
This Lot

The minimum processing and handling charge for this item is $0.00.

Items that require signature - Items with a sale price of $1,000 and above are typically shipped with signature required.

Tickets & Certificates - For hard copies of tickets and certificates, the minimum shipping, handling, and applicable insurance charge is $14.95. Tickets, certificates, and vouchers, unless otherwise specified, will be shipped via professional carrier with standard ground service. In some cases, tickets will be left at the venue's "Will Call" window under the winner's name. Merchandise is insured for the winning amount.

Merchandise - The minimum shipping charge for merchandise is $19.95. (Shipments outside the U.S. are subject to additional shipping and customs fees.) Merchandise, unless otherwise specified, will be shipped via professional carrier with standard ground service. Oversized items may require special delivery arrangements, which Charitybuzz will coordinate between the winning bidder and the selected freight carrier. All merchandise is insured for the winning amount.

Will Call Pickups - In some cases, tickets will be left at the venue’s “Will Call” window under the winner’s name. Winning bidders may be required to submit the names of attendees up to several weeks ahead of the event. A valid photo ID for each person listed at Will Call is often required. When available, Charitybuzz will attempt to provide an onsite point of contact, but makes no guarantee that this information will be available for any given lot. Will Call tickets are typically available at the Will Call window at least an hour before the event, unless otherwise specified. The Will Call window is usually located near the venue's main entrance.

Does your experience require tickets? - Tickets for experiences are shipped to the winner. Please see “How Shipping Works ” above for shipping details for tickets.

Getting to the experience - Specifics vary per lot. Details will be included for those lots with travel segments included. Experiences with travel often involve… (i.e. prebooked flight, .) Coordinate with your redemption contact directly. If you are a VIP member with Charitybuzz, contact your rep for more information.

During the experience - Specifics vary per lot. Work with your redemption contact to define the details before departing.

After the experience - Specifics vary per lot. All done with your experience? Let us know how it went.

Close
TIME LEFT...
h :
m :
s
CURRENT BID
Be the first to bid
Reserve not met
Your max bid
NEXT MINIMUM BID
ESTIMATE
$10,000
x
YOUR BID
By clicking Confirm Bid you commit to
purchase this lot if you are the winning bidder.
Learn more about The Shop
When purchasing items like this from The Shop, there is no bidding. Get what you want, when you want it.
x
You're winning!
We'll let you know if someone outbids you.
x
You increased
your max bid!
x
You were outbid!
Bidders can set a Max Bid that will automatically
place bids for them up to their designated amount.
Learn more about max bids
This lot has a reserve amount bidding
much reach in order to be won.
Learn more about Reserve bids
Next minimum bid:
18people watching
Add to Watchlist
Questions about this lot?Ask us.

CHECK OUT THESE POPULAR LOTS

The closing time for this item has been extended. When a bid is placed in the final 10 minutes of an item's closing, the time gets extended 10 minutes. As long as bids keep coming in, the time will keep getting extended. This allows competing bidders a chance to stay in the race.